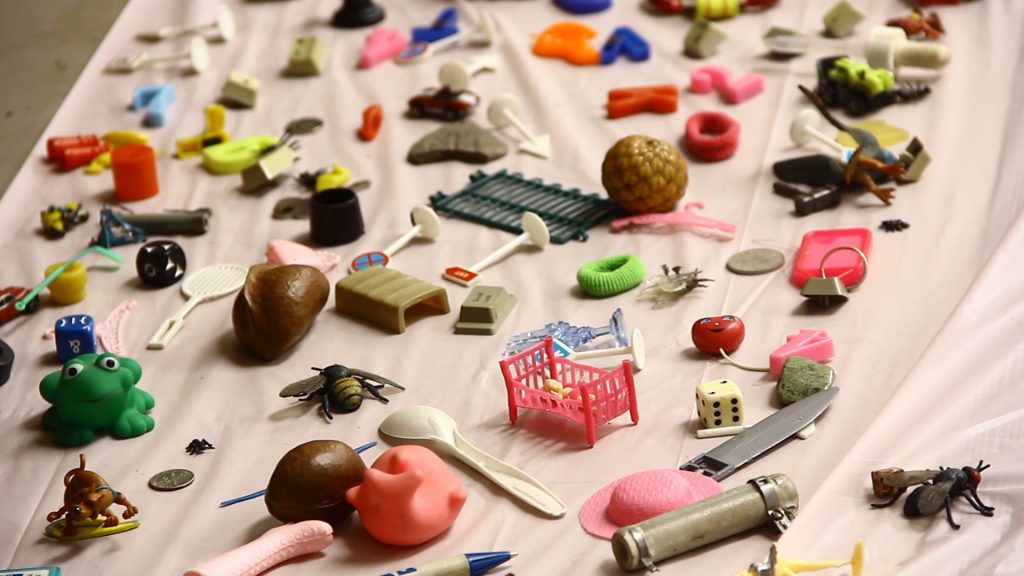 MindBurst has been exploring a wealth of knowledge resources from Africa that have been overlooked by our curricula. Colonial ideas have reduced many valuable practices like African divination systems to primitive superstition. This is a product of arrogance and ignorance combined.

We asked ourselves: What if we reconsidered ‘throwing the bones’ as a kind of information technology that accesses and organises information?

Exploring this question eventually led us to design a thinking tool, inspired by traditional African divination systems (the process is explained below). The tool provides techniques for thinking about complex systems, and for combining analytical and analogical thinking in the process of creating innovative solutions.

Contrary to popular conceptions of fortune telling, African divination is based on the belief that the universe is not predictable, that there is a fundamental unknowability but enormous opportunity in the ‘space of the possible’ to participate in the process of creation.

One of the major limitations of human consciousness is its poor capacity for dealing with complex systems. Consciousness cannot hold much complex information together at once. We need something to help us navigate the complexity. The symbolic objects that a diviner uses represent different parts (‘elements’ or ‘variables’) of the system that the diviner and his or her client participate in. Held together these objects represent the total experience and potential patterns of relationships in that system. 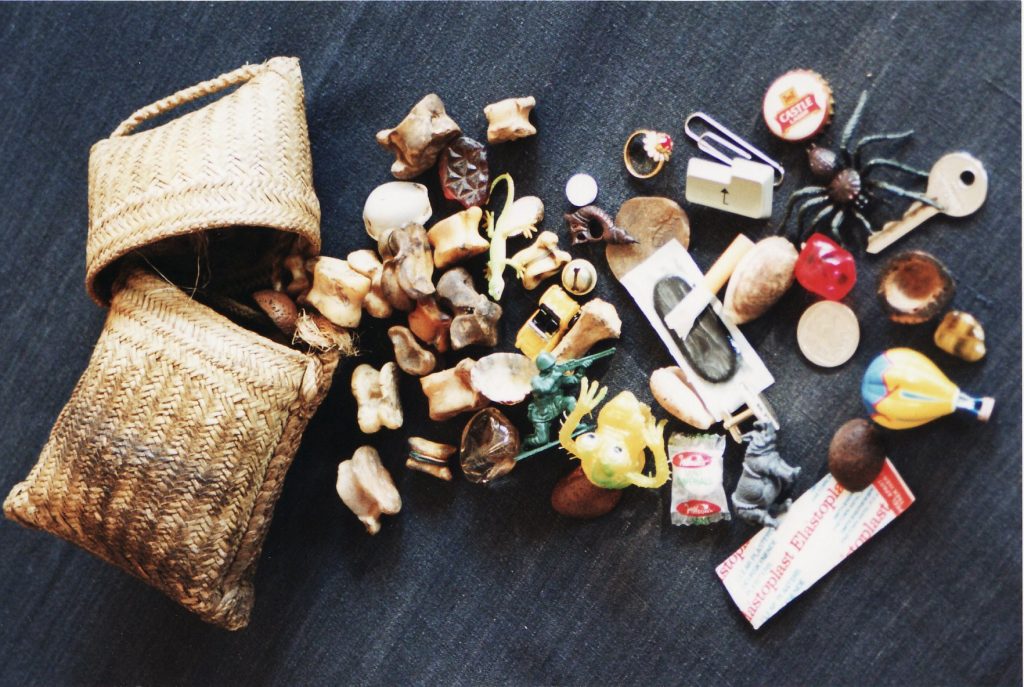 Inspired by the dynamics of traditional African divination, MindBurst has developed a tool to break everyday thinking habits and facilitate systemic thinking, problem solving and innovation.

The Dynamics of Divination

Reflected in all techniques of divination is the principle that the real information you need to solve problems lies hidden in a network of relationships between people, the environment, ideas, practices, technologies, institutions, etc. To explore this dynamic, divination tools represent all the variables with symbolic objects, and then animates all the objects in a random configuration that stimulates out-of-the-ordinary thinking.

The principle of any divination tool is simple: A random arrangement of symbolic objects is generated, followed by an interpretation of the relationships between these objects.

While the principle of divination is simple, the nature of each symbolic object and the potential relationship it has with other objects is complex and may take years to learn. The meaning of some of the objects is determined through tradition, but a diviner may add new objects from his or her own experience to the tool. Identifying which variables are relevant to solving a problem is an important analytical skill.

Simply put, by using the divining objects, the diviner does not have to remember and recall the intricacies of all probable social and environmental dynamics, instead these are remembered for him, by his divinatory tools. They are what we might call a mnemonic or an example of external symbolic storage. In this way traditional African divination technologies augment biological limitations and help its users to represent, access and organize the information of complex systems. Through the external symbolic storage provided by divination technology our working memories are extended beyond their normal capacity.

Overcoming the Limits of Everyday Consciousness 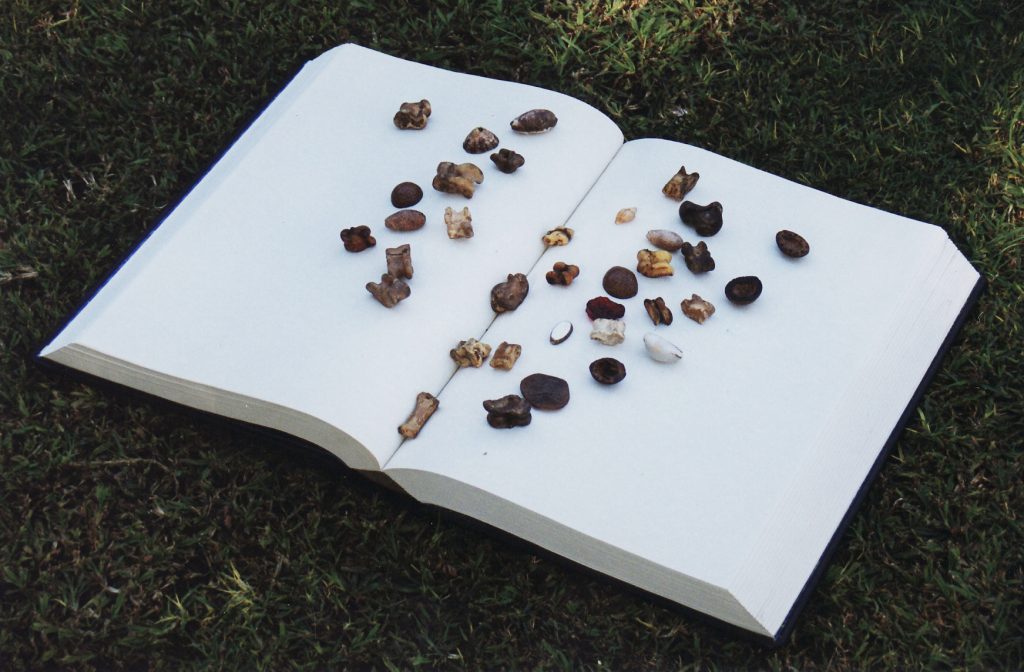 Through the random configuration of meaningful symbolic objects divination technologies initiate cognitive processes that access information, break limiting thought patterns and generate new ideas and associations that cannot be generated through other ‘serious’ problem solving processes. Randomness could be seen as creation’s in-built mechanism for restructuring pattern, and facilitating change. Through the use of randomness divination accesses and organises hidden information that cannot be accessed through ordinary thinking. This ‘random access’ provides an efficient coverage of non-conscious space unhindered by predictable habits and formulas. If you are trying to organise complex information according to a formula, the result will reflect the formula you started out with. When your technique is informed by randomness, you actually move beyond your assumptions and prejudices and allow yourself to experience something new, insightful and innovative. Because African divinatory technologies involve the use of changing spatial relationships between objects through randomness, they encourage beliefs about impermanence, complex changing relationships and the non-linear nature of information networks (like the body, society and ecosystems).

In addition to being bad at thinking about complex systems, human consciousness is also bad at combining analytical and analogical thinking simultaneously. Most creativity involves a dynamic movement between analysing the parts and then making innovative analogical connections between those parts. The processes of high-focused analytical thinking (reductive, rational, convergent thinking,) and low-focused analogical thinking (associative, lateral, divergent thinking) are supported by different parts of our nervous system and are not normally experienced together. They are like a seesaw, which is why humans battle to do both simultaneously.

Divination tools stimulate a constant movement between these two modes, helping the diviner to focus on the significance of each individual bone while also exploring the relationships between them.

You may begin to see that divination is largely misunderstood and misrepresented as “fortune telling.” Rather than telling fortunes the technology of divination accesses information in the present and organises it to “tell forth”

We have used all these insights to design a tool that:

To create and facilitate use of this thinking tool you will need to collect a wide assortment of objects – things that can fit into the palm of your hand and that can be seen to have some symbolic value. Examples are things like keys, small plastic toys, semiprecious stones, bits of computer technology, condoms, old jewellery, a bathroom plug, beautiful dried seeds, etc. Once you have a collection of these objects you can facilitate the ‘throwing the bones’ thinking tool in the following steps:

Stage One: Asking the Question

Think of all the things that relate to your question. Do not try to solve the question yet. Just name and write down all the individual things that are important to consider when answering the question. Here are some examples from a list generated by a group who asked the question, ‘How can we deal with the challenge of HIV/AIDS in South Africa?’

Write your list of things on the left-hand side of a large piece of paper that everyone can see. Name as many things as you can. A list of 32 is ideal, but it can be longer. The more things you identify, the greater your chance will be of discovering information about your question and generating relevant insights you can use in a solution.

Now look at the symbolic objects. Choose one object for each thing on your list. Next to each thing on your list (on the right-hand side of the list) write down the object you have chosen for that thing. These are now the symbolic objects of your divination tool or technology. The participants should work together to choose one symbolic object for each of the variables on their list. This may involve some negotiation and should not be rushed. This stage allows participants to construct meaningful metaphors and identify emotionally with each of the variables that are represented. Put all the objects in a basket, or some other container like an old plastic ice-cream container. It is often useful for each group member to choose an object that represents him or herself and add it to the basket. 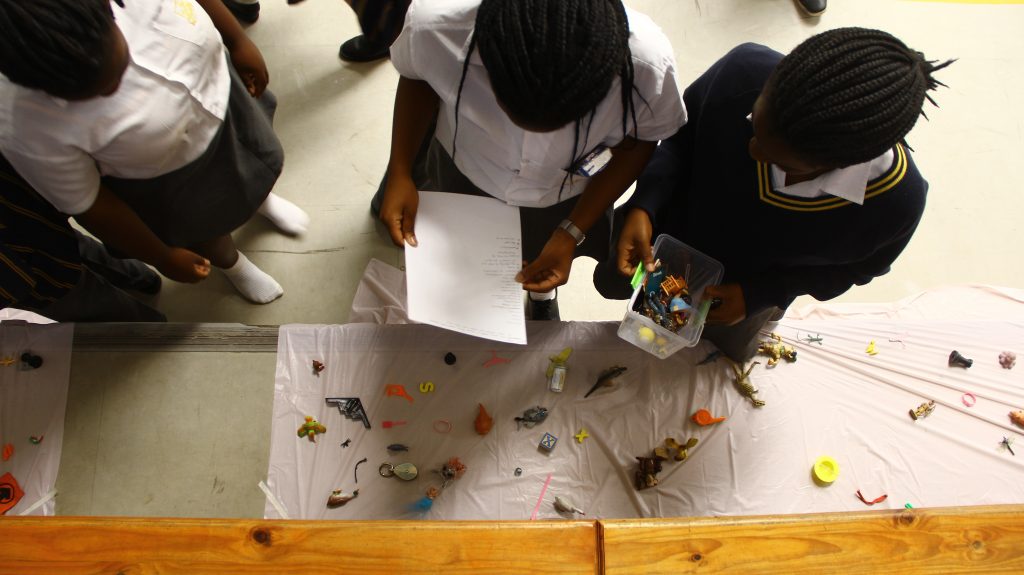 Choose someone in the group to be the one who will throw the objects. This person should swirl the objects around in the container, mixing them up thoroughly and then throwing them. IMPORTANT: Do not pour the objects onto the carpet in a pile. You will not be able to read this. Throw so that the objects are well spaced. The best way to do this is to throw up into the air at a 45° angle. Let the objects land where they will. Do not move anything after the throw. 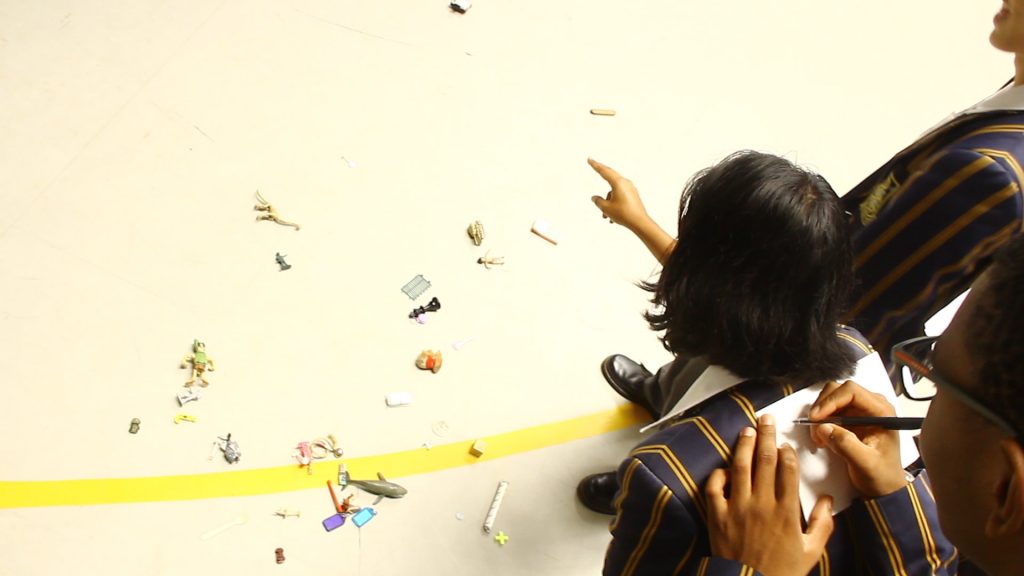 Let the group gather around and see if they can identify any patterns and relationships, or find some meaning in the way the objects have landed. Patterns could be seen in the clumping or grouping of objects, symmetry or opposites, lines or progressions and hierarchies. People do not need much prompting. They intuitively know how to organise this information. Use your list to remind you what each object means. Discuss the interpretation, or ‘reading’, together with your group. Write down the insights. Participants are usually surprised at how accurate the configuration represents the problem they are addressing. This is because the brain projects an interpretation onto the patterns that it sees. Some people believe that the interpretation is guided by the ancestors or other spiritual influences, but others believe that the random arrangement of symbolic objects is simply a way of tricking your brain into breaking old patterns and allowing it to see new patterns and subtle dynamics. Why would you need to trick your own brain? 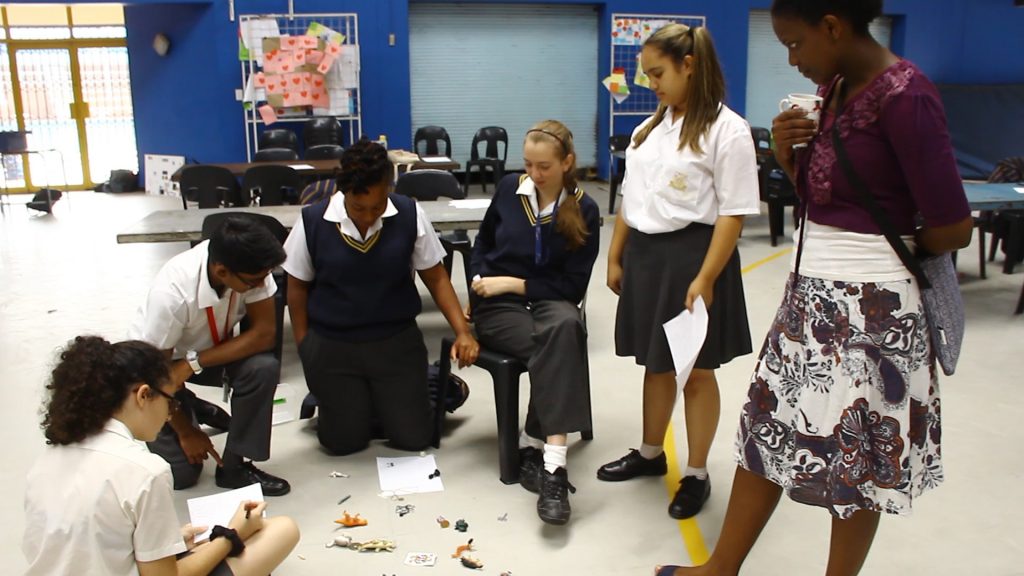 Members of our team have used this technique in a variety of settings including strategic planning, scenario analysis, innovation workshops, cultural diversity workshops and conflict management workshops. It brings the rigour of critical analysis and spontaneity of creative association together in a powerful thinking tool.

Do you see this exercise as cultural appropriation, or as valuing African knowledge systems in our education (decolonising education)? What is the difference between the two? Please comment below. We would love to hear from you.